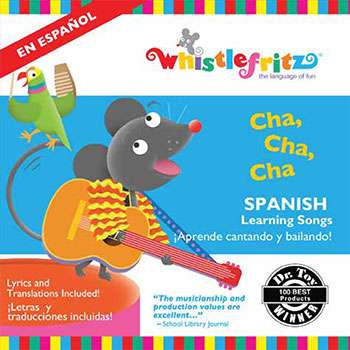 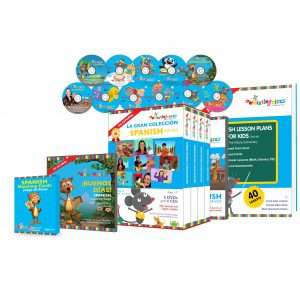 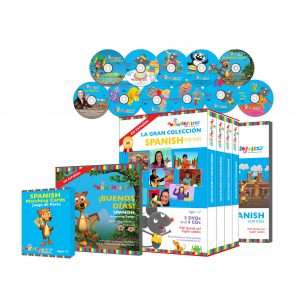 The Deluxe Spanish Collection (with ¡BUENOS DÍAS! and LA MÚSICA)

Merengue! Rumba! Bachata! Get ready to cantar (sing), bailar (dance), and aprender (learn) Spanish with Cha, cha, cha, a colorful collection of Spanish songs for children. Performed by award-winning singer and songwriter Jorge Anaya, this CD is a delightful mix of lively Latin rhythms that children will love – and parents will too! Samba to Las Vocales (The Vowels), cha cha to Los Números (The Numbers), and polka to Que Llueva (Let it Rain). Cha, cha, cha makes learning Spanish exhilirating, educational, and fun!

Celebrate the vibrant sounds of Spanish, at home and in the classroom! A collection of catchy, upbeat originals – plus well-known, popular favorites such as La Cucaracha, El Barco Chiquito, Los Elefantes, and Bingo – Cha, cha, cha is a fun, festive introduction to Spanish vocabulary. Dance, sing, and enjoy learning the letters of the alphabet, numbers, parts of the body, articles of clothing and more.

A Translation Guide is included, providing an easy reference for parents and teachers who are first-time learners of Spanish. Translation guide and lyrics can be downloaded here.

"Cha, cha, cha is a load of fun, and along the way it makes learning Spanish exhilarating and alive."
Parents' Choice Foundation

"…These songs do a superb job of introducing fundamental topics while incorporating movement … The musicianship and the production values are excellent. It is refreshing to have a Spanish language CD for children that is fun for adults too! A great tool for preschool Spanish/bilingual story times and a welcome addition to any library's foreign language collection for young children.
School Library Journal 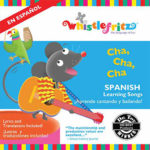 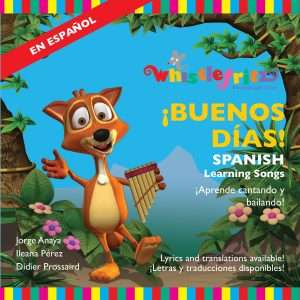 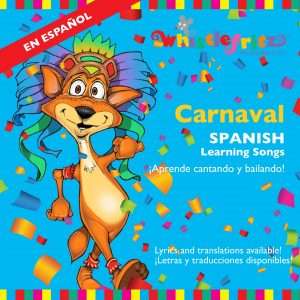 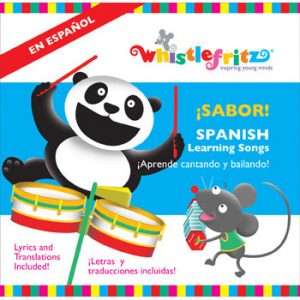 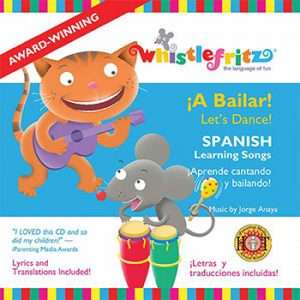